Stop for a moment at the top of the Cour d’honneur, facing the Royal Court, and look carefully at the façade of the castle. You should immediately notice a curiosity. The wing of the castle that you see on the right is made of stone and in a classical 18th century style. On the other hand, in front of you and to your left, the buildings are made of brick, with slate roofs, in the style of the 17th century. With the exception of the Dufour Pavilion, which is in the same classical style as the right wing. What is the reason for this astonishing mix?

The history of the Palace of Versailles goes back to the beginning of the 17th century, when Louis XIII decided to build a hunting lodge in this gamey place. His son, Louis XIV, devoted his entire life to the embellishment of this residence. Important works began under his reign, in the second half of the 17th century, notably under the direction of Le Vau. The brick buildings that we see today around the Royal Court date from this period – if we except, of course, the various interventions that have followed one another over the centuries, here as elsewhere in the castle.

After the death of Louis XIV, in 1715, his great grandson, Louis XV, resided less often at Versailles. However, he did not abandon the great works. In 1760, the architect Ange-Jacques Gabriel proposed a “Grand projet” which consisted of bringing the city side facade, to the east, into line with the garden side, to the west. In fact, this garden side facade had been extensively redesigned to take on the aspect we know today, with Italian inspiration, stone columns and balusters. On the east side, the buildings remained in the French style, with bricks and slate roofs, a style that the 18th century found distasteful.

After many years, he succeeded in convincing the sovereign and the work began with the demolition of the existing north wing and its replacement by the classical-looking building that we see today. According to Gabriel’s project, the same fate was to be reserved for the south wing, but the vicissitudes of history meant that this “Great Project” was never completed and the two wings remained asymmetrical.

With one exception: the Dufour Pavilion. Napoleon entrusted the project to the architect Alexandre Dufour, who designed an exact copy of the Pavillon Gabriel to regain the lost symmetry. The work was not completed until 1821, under Louis XVIII.

Here is the explanation of this curiosity: more than 150 years of difference between the Old Wing and the Pavillon Dufour. 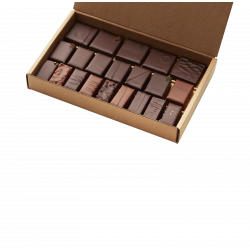 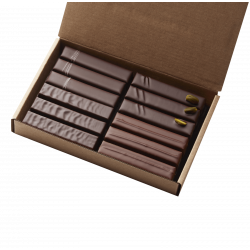 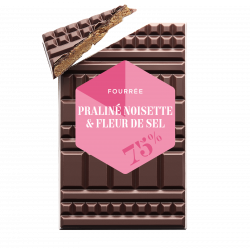 Wish to be kept regularly informed of everything that happens in the ore – Ducasse au Château de Versailles restaurant as well as in the other restaurants of the Maison Ducasse Paris? Just enter your email address in the box below. By signing up, you agree to the personal data protection policy.